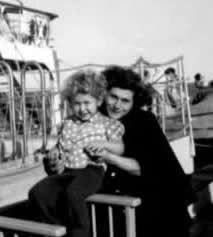 Toby Kirsh was born in 1911 in Warsaw, Poland. Not long after she was born, however, her family moved to Belgium. In 1933, German Jews began to flee to the country, following Hitler's rise to power. On May 10th, 1940, the German Army marched into Belgium, and after only seventeen days of fighting, conquered the country. Mrs. Kirsh's husband, David Kirsh, had been forced to give up his schooling after the German invasion, and soon after, he joined a Belgian resistance group (Mouvment National Belge). Mrs. Kirsh and her husband fought and hid from the Nazis until they were able to move - with the support of the resistance group - to the Ardennes region of Belgium in 1941. Here, Mrs. Kirsh took on the responsibility of transporting children out of danger in Brussels to safe shelters and houses elsewhere. During the next four years, Mrs. Kirsh and her husband saw very little of one another. Mr. Kirsh moved constantly, fighting with the resistance, and Mrs. Kirsh spent many of her days transporting children to safety. During her time helping the resistance, Mrs. Kirsh saved about 60 children. After liberation by US troops in 1945, Mrs. Kirsh and her husband moved back to an apartment in Brussels. Mrs. Kirsh gave birth to her first daughter, Estelle, two years later. Not long after, they obtained visas and moved to the United States, where Mrs. Kirsh and her husband had their second daughter, Regina, in 1950.